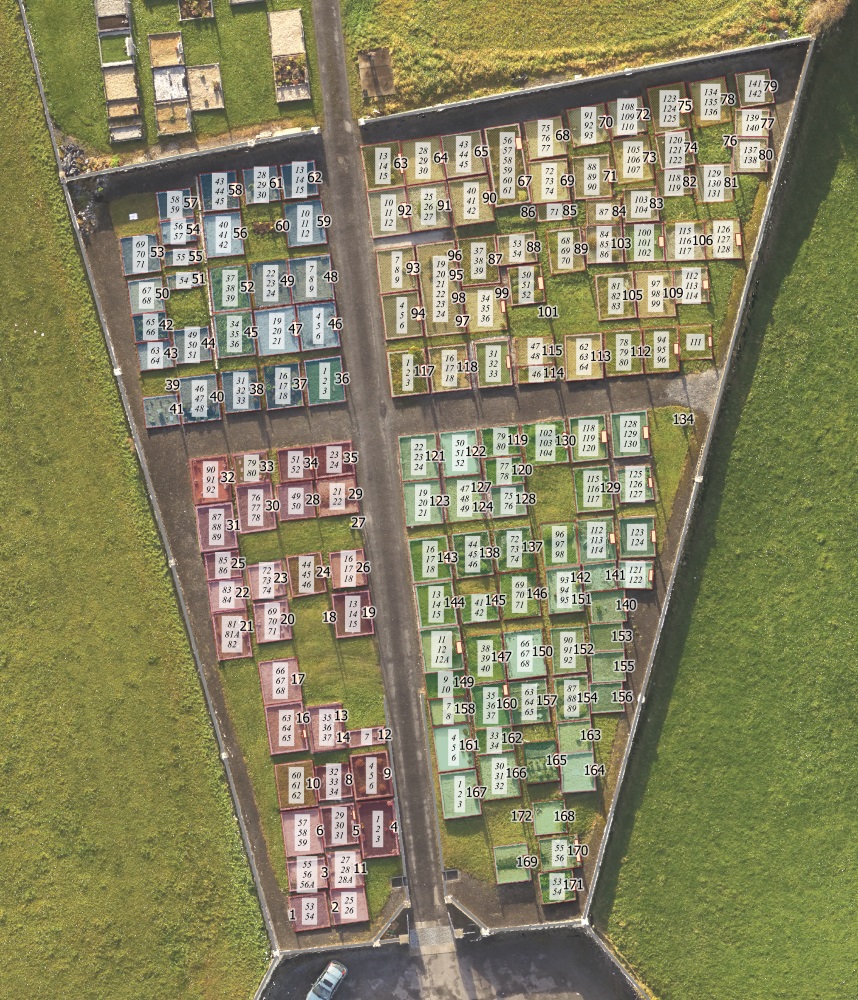 Impact GIS was recently appointed by Kilbeacanty Graveyard Committee to undertake aerial/drone surveys of two graveyards near Gort in County Galway, with a view to mapping and recording the graveyards.

Drone surveys were undertaken using ground control points (GCP) surveyed in with a survey grade GNSS (GPS) and the imagery captured was then processed using Pix4D to produce detailed orthophotography. Extra GCPs were surveyed in to check the accuracy of the final orthophotography. A review of GCPs in the final orthophotography found their accuracy to be within 1 to 2 cm. The orthophotography was imported into QGIS and used to producing mapping, the marking up features, including bounding walls, paths, grave plots, the locations of headstones etc. Draft mapping has now been issued to the client, who will use it to align grave numbering with previous surveys. Impact GIS and Galway County Council will then host a photographic workshop, training local volunteers to undertake a photographic survey of the graves and headstones within the graveyards. Details for all graves and memorials will be added to the GIS database and uploaded, with photographs, to Galway County Council’s Galway Graveyards website. 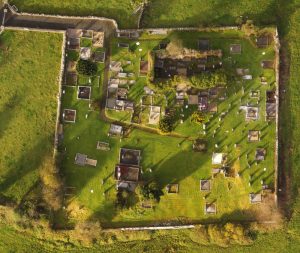 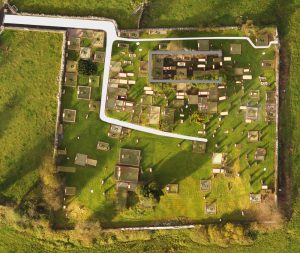 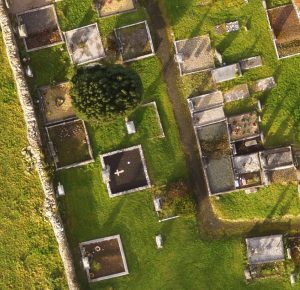 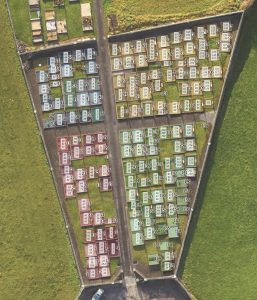 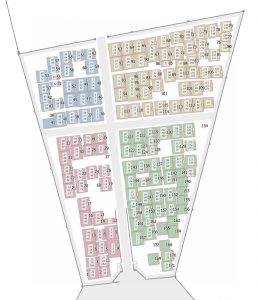