Drones capture a birds eye view of the ground in amazing detail but are capable of so much more when their imagery is processed using photogrammetry.

Impact GIS recently undertook a drone survey of a graveyard to inform discussions between Galway County Council and the National Monuments Service. Galway County Council are seeking to expand the graveyard and the National Monuments Service were concerned about potential impacts on an early christian enclosure associated with the graveyard. 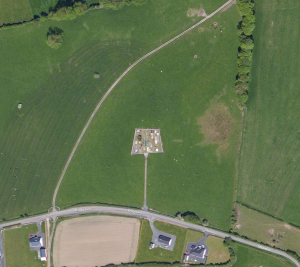 The easiest way to have a meaningful discussion about the potential impacts, is if everyone is able to visualise clearly what’s there, however a review of available aerial photography wasn’t much help.

Other techniques, such as surveying profiles, require a degree of mental gymnastics to ‘see’ what is there.

East-west profile across Quansboro graveyard and its environs

North-south profile of Quansboro Graveyard and its environs

Impact GIS recommended a drone survey. Photogrammetry generates a 3D model of the ground surface (also referred to as Digital Surface Models (DSM) or Digital Elevation Models (DEM)), which can be processed using GIS software to produce a hillshade representation, where the software generates shading/shadows based on the relative position of a simulated light source. 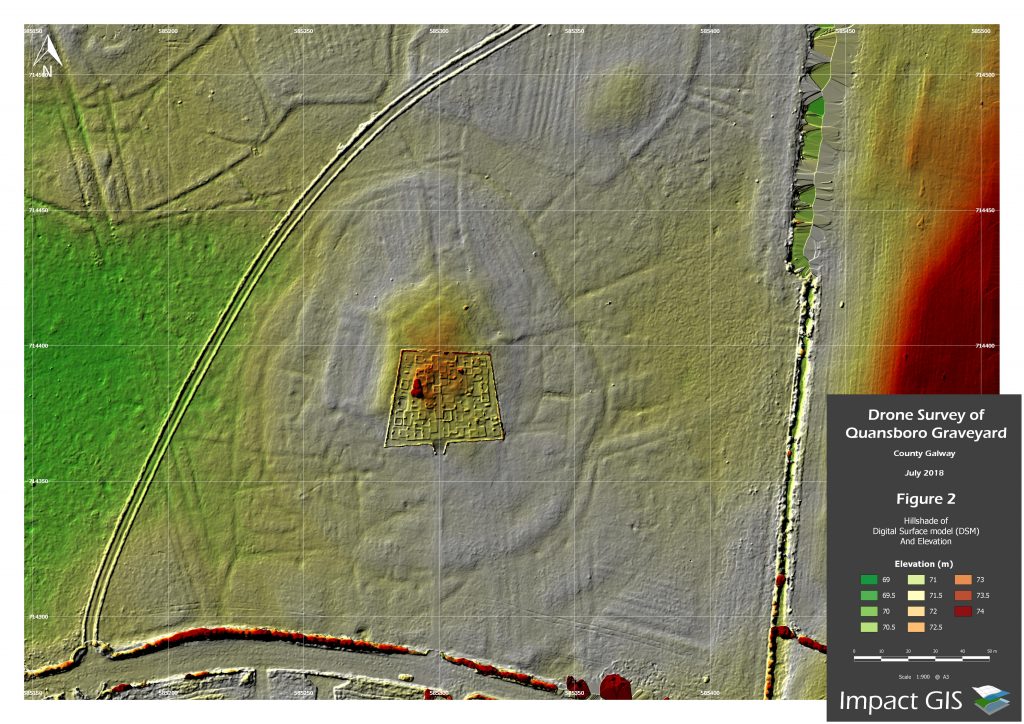 Hill shade of height model generated from a drone survey of Quansboro Graveyard and environs.